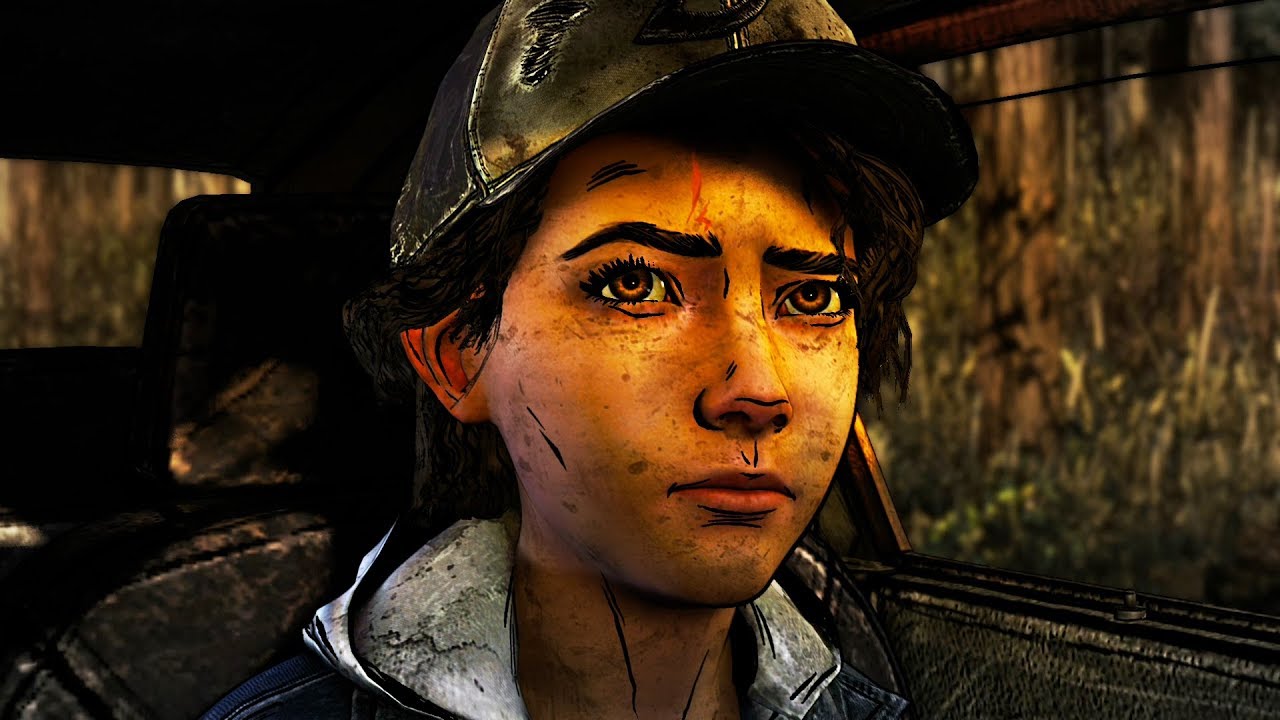 On top of this anything not directly related to TWD might be subject to being removed. This includes but is not limited to screenshots FB, YouTube, Twitter, texts, etc , generic memes and reaction gifs, and generic zombie content.

Join us on Discord for live discussion. We allow stream links to be shared on Discord, but not on the subreddit. I also really miss the city and highway, hopefully they utilize it a lot more.

Hope the show starts to explore landscapes other than the makeshift cities and open space. Fuck i never thought about that.

I felt the bro ship growing when daryll said. Cut me free asshole. Just bashed in Glenn's brains in front of his pregnant wife to specifically punish Daryl lol no biggie hip hip to new friends!

I get your point, and the sheer volume of time is crazy for sure. That goodbye between Ezekiel and Jerry seemed way too extreme for Ezekiel not to die during this trip.

Not very subtle. I agree that it was dramatic, but Luke did get an extreme goodbye in 10A to go to Oceanside, and then went back to Hilltop unscathed.

And Jerry almost died in the cave and didn't. New showrunners, meaning expect the unexpected. It's a good thing really, if they only ever did it before someone died then it'd be dull and kind of annoying.

It's realistic too, people would have pretty emotional goodbyes when going places in this world, cos who knows what the fuck's gonna happen.

I love jerry hes such a great char. Honestly was worried when he was almost killed by the saviours.

The zombie town was one of the best scenes of TWD I can remember. It was hilarious and well done.

It was so stupid and so hilarious, i can't wait to see where this crazy lady takes zeke, eugene and yumiko.

Beauty therapist here - they literally must have shot last week's episode the day after her lip fillers, and by the following episode the swelling had subsided.

What a strange added feature in an apocalypse. Beta is really the supervillain of the apocalypse. Walkers tend to follow each other so I assume him walking out the door changed the flow of the crowd because he's large and moving purposefully instead of meandering about like the others.

Presumably after all this time he's gotten good at getting them to follow him. Creepy yea, but I dunno He's getting too supernatural IMO.

The way he interacts with walkers is pure magic, like some pied piper. The "good guys" are straight up braindead in comparison.

COVID19 is the culprit here and should be held fully accountable. That sucks. Chances are, episode 16 acts the same as last season where it's a standalone episode, that while it connects to the overall story can be watched on its own and you'd be able to understand the main goal of the episode.

Exactly my thought Why can this not be done remotely? Beta is the musician on the poster that he tore down and whose music was playing, right?

A few episodes ago, a whisperer commented that he thought he recognized Beta's voice at first, and then something clicked and he said, "It's you.

I think that with Alpha dead, Beta was given the opportunity to abandon the whisperer way of life, but he chose not to. He thanked Alpha for giving him a new life.

The smashing of the guitar was symbolic of him fully leaving his past life. When Beta was standing on the balcony with the music playing, it was as if he was performing on stage again; but he is not that man anymore.

Was Ezekiel's horse put down because he was bitten? My video was so dark that I could not tell. If you could muzzle them that might actually be a good mode of transportation in the zombie apocalypse.

Why do they keep going back to these characters isolating themselves from the group storylines? Shit is beyond played out. Arrowverse character: "I can't keep putting other people in harm's way.

I gotta do this alone". I get tired, too, of the endless capture and escape storylines. I was really glad when Negan suddenly became Alpha instead of being captured along with Darryl.

Every time she makes progress, she loses someone else and reverts back. At least this time she worked through it in a matter of one episode.

Personally I still battle depression, despite having good moments. It has been over a decade. It'll probably be like this forever.

Imagine the Whisperers when two of them suddenly run back to the main group. One of them immediately cries out, "Beta's gone insane, he just freaking murdered Jimmy with Alpha's severed head!

Hey what about Negan? He killed Alpha, so he's-". Gamma got stabbed in the gut by Beta! She than became a walker and was shot by Alden even though he had a clear shot at Beta!

The walk into the city had similar vibes to The Stand. The miniseries showed corpses sitting at diners and in cars.

Only in this case the corpses were still moving. Good episode, but I'm ready for Carol to make ACTUAL amends now instead of being a bitch or running away, look for Connie, apologize, stop screwing people over like she did Negan this ep.

I loved the Negan and Daryl night scene because it felt like the opposite of Negan's introduction in 6. This time he saved him rather than threatening.

Initially I was annoyed to see there would be more hallucinations, but Samantha's performance this episode was honestly incredible.

I enjoyed it. Carol is hopefully over her funk, we've got the Daryl and Negan buddy comedy we've all been hoping for, and we got a Borderlands crossover with Tiny Tina at the end!

Can anyone help me out? S10, Ep2. The origins of Alpha and Beta are revealed; Alpha attempts to toughen up Lydia as they prepare to walk with the dead; the Whisperers create their herds.

S10, Ep3. The threat of the Whisperers return leads to paranoia sweeping over Alexandria; in the meantime, Carol battles with the need for revenge.

S10, Ep4. The outcast Lydia is badly treated by three Alexandrians. When Negan saves her from an attack, the life changes in Alexandria.

Meanwhile Michonne and a group of Alexandrians head to Hilltop to save survivors of a collapsed wall. S10, Ep5. Supplies go missing from Hilltop; Negan is idolized by Brandon; Ezekiel holds a secret.

S10, Ep6. Carol and Daryl go on a mission together; Siddiq struggles to solve a mystery. S10, Ep7. Carol pushes boundaries that make Daryl uneasy; Alpha and Beta have reservations about someone.